Quortex I/O offers several ways to prevent viewers coming from specific countries or regions to access your stream. Depending on whether you want to permanently block the stream or make it conditional to some other conditions, we got you covered. Let's find out!in any case, the detection is based on the user IP address. Do not hesitate to reach out to us in case you need more advanced detection schemes, or VPN blocking features.Method 1: GeoblockingGeoblocking is the most straigtforward way to block people from specific countries. This is done at the very first step of the wizard: 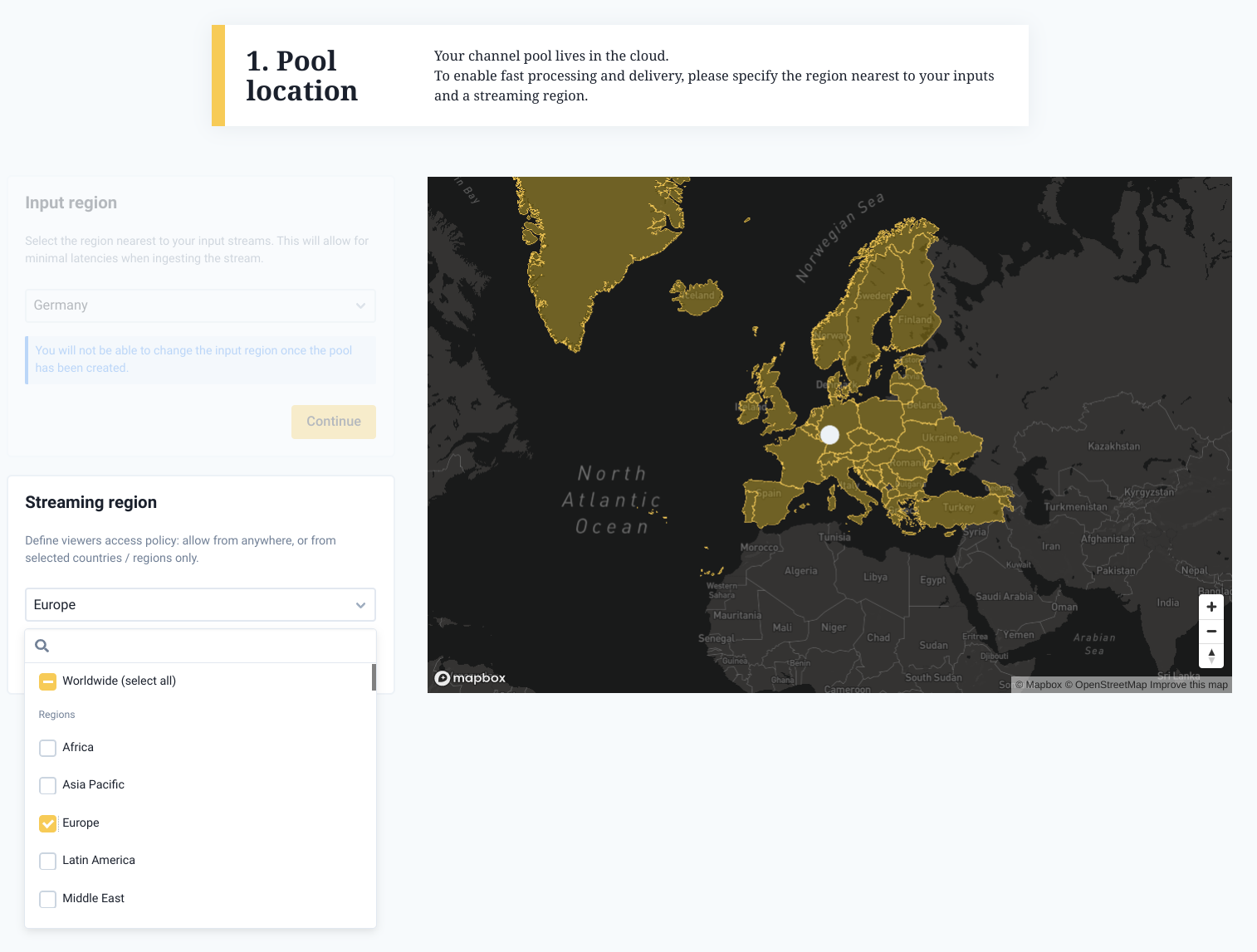 When viewers that are not in the defined "streaming region" (Europe in this example) will try to access the stream, they will get a HTTP "403 Forbidden" response from Quortex I/O.No charges are incurred when 403 responses are generated.Change the geoblocked countriesIt is possible to change the list of geoblocked countries once the pool is setup. This operation is seamless and can be done without risks.Updating the geoblocked countries (whether you enable or disable geoblocking for a given country) can take a few minutes before the new settings are applied.The list of countries can be adjusted by going in the pool settings, by clicking on "Configure locations" 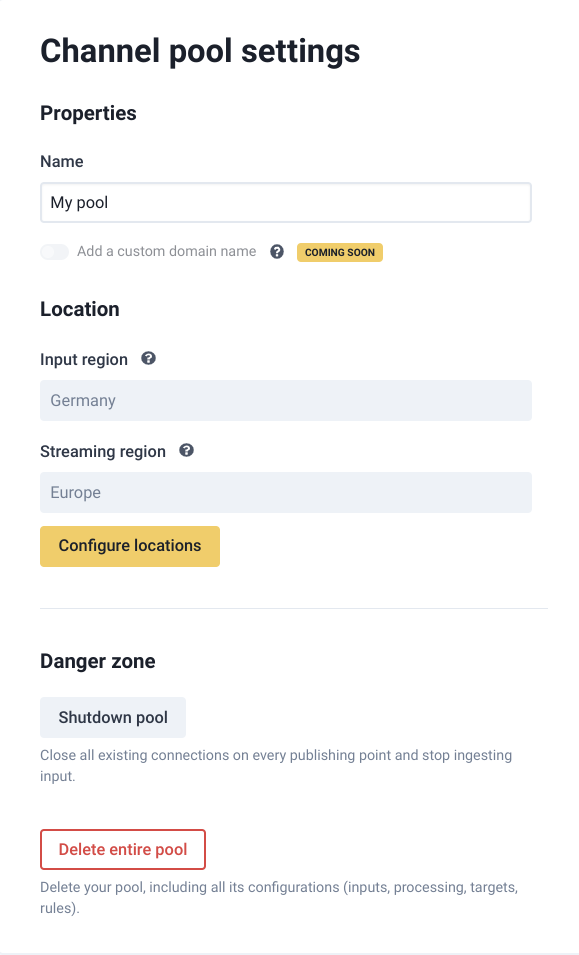 Method 2: Use geolocation rulesAnother way of blocking specific users to access the stream is through the Quortex I/O rules system.When using rules, you can precisely define what your viewers will receive when they try top access the stream. Let's say you defined Europe as the streaming region, and that you want viewers from Germany to be temporary blocked. A simple rule can be edited to throw a 404 in such as case:Rules throwing 404 can be setup as target, processing or input rules with the same effect. No charges will be incurred when Quortex I/O generates 404. 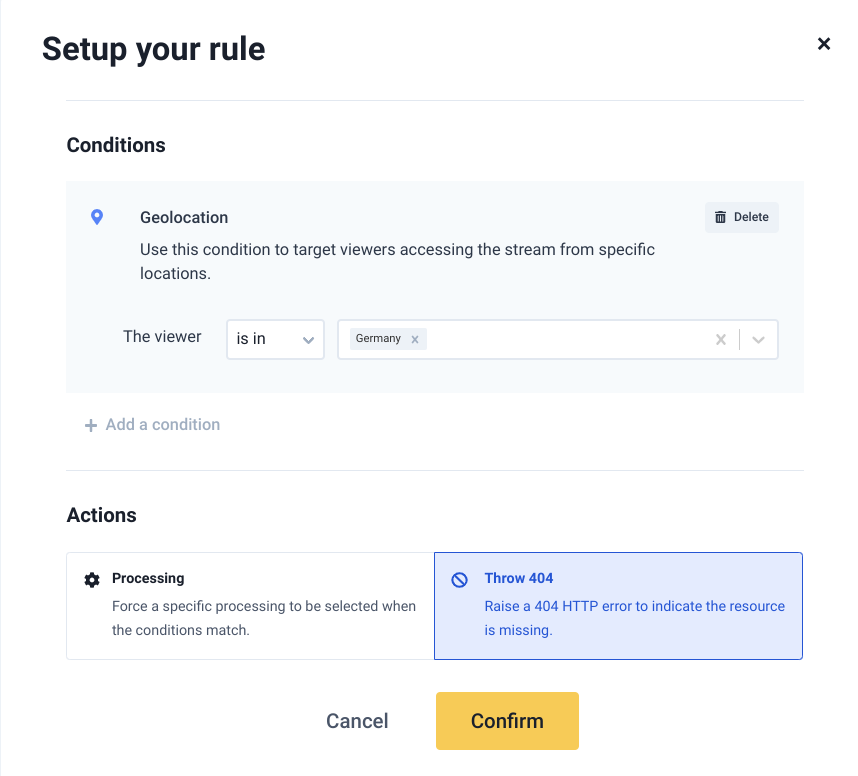 You could also decide to select a specific input (such as a slate) for these users. You can create a slate using the "generated input" option and upload a custom picture: 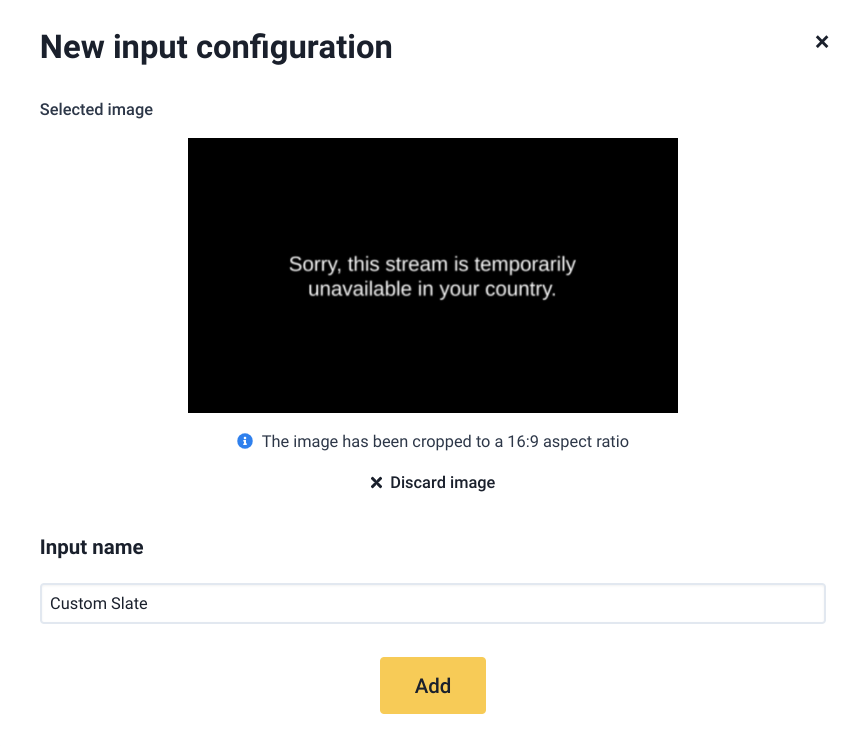 This input can then be used whenever users from "Germany" will access the stream using an input-specific rule: 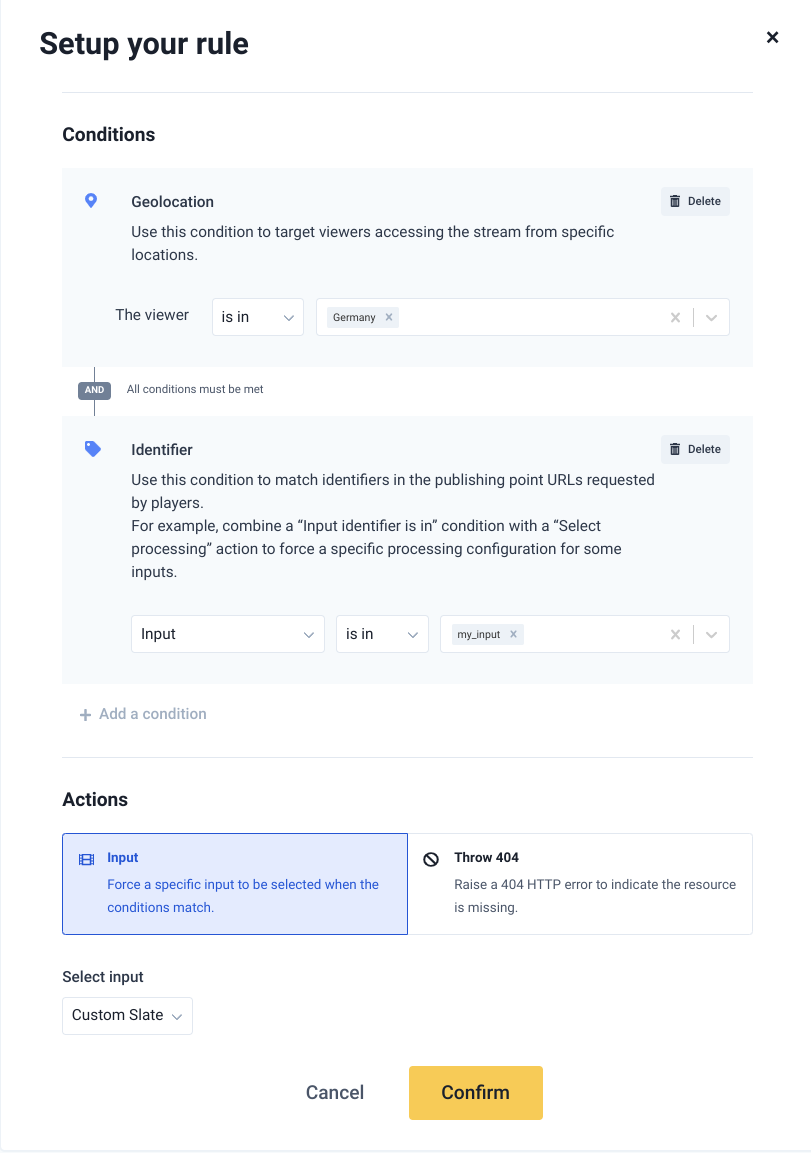 When such a rule is used, processing and delivery charges will be applied.

Was this article helpful?